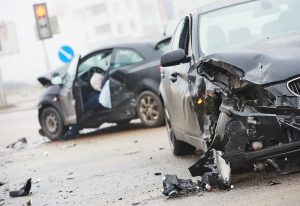 Airbag defect litigation was born in the 70s and 80s when individuals began suing car manufacturers for failure to equip vehicles with airbags. Plaintiffs argued that by failing to install an airbag system into a motor vehicle, the manufacturer was being negligent and producing a defective vehicle. Airbag defect litigation based on the failure to equip vehicles with air bags eventually died out due to an amendment to the National Traffic and Motor Vehicle Safety Act in 1991 requiring that all vehicles sold in the United States come equipped with airbags.

In recent times, airbag defect litigation has evolved and now arises when an airbag malfunctions in some way. An airbag can malfunction by failing to deploy, deploying prematurely, or causing injury as a result of the deployment. When pursuing a claim under a theory that the airbag failed to deploy or deployed prematurely, evidence must be presented that that the airbag failed to operate as intended as the result of a design defect or through some other defect in the motor vehicle.

While empirical data provided by the Insurance Institute for Highway Safety supports the use of airbags as a safety measure, they can sometimes pose a threat to the health and wellbeing of the occupants of a vehicle.  According to the Insurance Institute for Highway Safety, “since 1990, approximately 202 deaths have been attributed to airbags inflating in low severity crashes.” Air bags can also present a greater risk of harm to smaller adults or children. It is estimated that between 1990 and 2000, 169 individuals were killed by airbag deployment and 100 of those were children.

When an airbag deploys, there is a high likelihood that the occupants of a vehicle may sustain an injury as a result of deployment because “[t]he nylon surface of the airbag travels at speeds of up to one hundred miles per hour as it deploys.” Individuals can sustain minor injuries such as “ecchymoses, erythema, minimal abrasions, and superficial lacerations” as a result of airbag deployment. However there have been cases where individuals have sustained “serious burns, eye injuries, torn tendons, and broken bones.” There are also health concerns due to the inhalation of toxic chemicals released upon deployment of the airbags as well as smoke and dust.

If you or a loved one was seriously injured in a car accident due to your airbag not deploying properly, contact us today.