Parental Liability: Are Parents Responsible for Their Children’s Actions?

Kim Kardashian West is Taking the California Bar Exam in 2020

Can Sexting Get You In Legal Trouble? 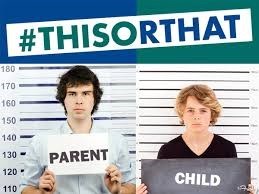 It’s straight out of the movies – your kids are playing baseball in the backyard and “crash” your 12 year old has hit a home run right through your neighbor’s window.  Are you legally responsible for repairing the window?

In the movies, the kids always raise the money and pay for the damage they caused – finding themselves along the way.  But we all know that’s not how the real world works so – we know you are morally responsible for damage caused by your child but (for those somewhat morally challenged) are you legally responsible as well?

Our analysis begins with the general legal principal that we are only responsible for our own actions.  However, (however is a word that I believe a lawyer actually invented) there are exceptions.

The common law rule stems from an 18th century tragedy involving a child and a knife in which the parents knew of their child’s propensity for violence and were therefore responsible for the injury to the victim.

Layered on top of the common law rule are state statutes called “Parental responsibility” statutes which specify certain things for which parents will be responsible for the acts of their children.

Surprisingly, almost no states have parental responsibility laws for negligent damage to property such as breaking a window while playing baseball.  (The one exception is Texas – isn’t it always.)

Anyways, put your checkbook away Mom & Dad (unless you knew your kids were horrific baseball players).  Don’t worry your kids will make you pay for plenty of other things – but under the law, you don’t have to pay for that broken window.  And there you have it.

Have any questions about homeowner’s insurance ? Give us a call!