Are You Allowed To Spank Your Kids (Legally)?

Top Most Searched “Is it Legal to” Questions On Google 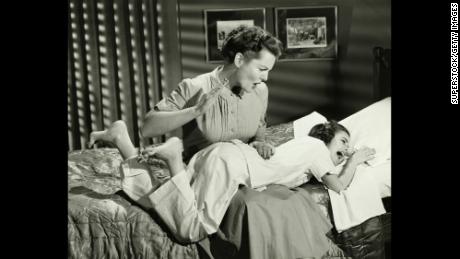 When I was a kid back in the 90s, I mean the 80s, ok, I mean the 70s, a spanking was a thing done both by parents and even at school where I remember the Principal had a paddle with holes in it in order to make it more aerodynamic and faster – to hurt more.

But times have changed and corporal punishment has gone out of style. In fact, many countries – including the ones you’d expect in Europe have banned corporal punishment but also some countries like Mongolia, the Congo, and most of South America have joined in as well.  But it’s still not banned in the United States.

Well, a young man named James Ingraham tried and failed to ban corporal punishment back in 1972 and it simply hasn’t come up again.  As a high school student in 1970, James and some of his friends were cutting it up in class and were sent to the principal’s office – Mr. Wright.  Hence Ingraham v. Wright.  When Principal Wright told James to assume the position to be paddled James said “no way” and Principal Wright had two school aides come in and hold James down while he paddled him 20 times.  Hard.  So hard that James was later taken to the hospital for his injuries.

This led to a lawsuit against  Principal Wright which eventually wound its way up to the Supreme Court – which took the case with the issue being whether the Eighth Amendment prohibition against Cruel and Unusual punishment prohibited spanking at schools.

In a 5-4 decision, the Court said that corporal punishment in schools did not violate the Eighth Amendment if state laws prevented unreasonable and excessive force.  And that has been the state of the nation-wide law ever since – it has been left up to the individual states.

The dissent in the case is really interesting to read because the Court had recently said that corporal punishment was banned against prisoners under the Eighth Amendment.  So, it’s ok to hit kids but not hardened criminal adults … hmmm.

In any case, the states were left to their own devices to allow or criminalize corporal punishment and, for the most part, they have decided to leave it legal in the home.  So the question then becomes:

What is the line between legal punishment and child abuse?

And the answer is that every state is a little different but for the most part the states use some form of “reasonable” standard meaning that the punishment has to be reasonable for the child’s age and generally there is something in the laws that spells out that the punishment can’t leave bruises or break the skin or such.

The one thing to be aware of is that intent is important.  The punishment must be intended to discipline and not be inflicted on the child out of anger or frustration.  Meaning if the police show up to check on the child and you admit that you spanked your kid just because you were frustrated and angry at him …  bad news.

And going back to the Ingraham v. Wright, 430 U.S. 651 (1977) case – James would have a bit of a better time of it today because now only about 20 states allow any corporal punishment in the classroom – and even then some particular school zones have their own rules and don’t allow it even in those states.  Most of the 20 states are in the … guess where?  Yes, most are in the South – and of course, spanking is allowed in Texas.

In prepping for this blog, I read that there was a recent study that found that not only is spanking children not helpful, it actually can damage a child.  Maybe we still leave the decision up to parents but in schools, the study found that black kids, boys, and disabled children were subjected to corporal punishment 22% more often than other children.  Seems like a good due process argument to find corporal punishment unconstitutional if some brave young man wants to tell his principal “no way” to a spanking …  just saying.