Should I Be A Lawyer? 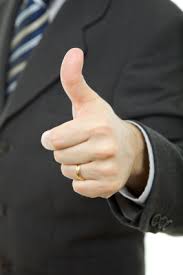 Right away a disclaimer: I am going to tell you how to get a lawyer to “Take Your Case” and that includes potentially lying to the lawyer.  You will not hear this information anywhere else and I feel no qualms about telling you because … well … other  lawyers lie to me everyday.  So here we go, I am about to tell you some secrets.  By continuing to read this you hereby agree to never use this information against me or my law firm.

Preparing for this blog, I did some research which basically consisted of Googling “How to get a Lawyer to take your case.”  And what I read was essentially mostly gobbledygook.  (Brief aside – Gobbledygook was a word created by a Texas Congressman in 1944 for meaningless political talk – which reminded him of the sounds of turkeys hanging out.)

Most of the articles I read consisted mainly of advice like, (1) be prepared and organized; (2) bring your evidence in folders; (3) dress professionally; and (4) listen to what the Lawyer says and asks you.  Probably some guy at a State Bar Office drafted an article back in 2001 and it has been copy/pasted a thousand times since by first year associates tasked with updating the firm Blog.

In any case, the articles you will find out there on this topic leave out the Lawyer’s incentives – what does the lawyer want? What’s on her mind? And without knowing the lawyers incentives you cannot properly prepare to speak with a lawyer about your case and maximize the chance that they will take it.

So, let’s get to it:  A lawyer is motivated in general by 4 things:  Money, money, money and money  (just kidding). One is indeed Money. Second, is headaches. Third, is Time and fourth, is Heart.  Money, Headache, Time and Heart.

Probably the first thing on a lawyer’s mind when she meets with you is – how will she make money on your case?  There are basically three ways lawyers get paid: flat fee, hourly, or contingency.  If the client is paying it’s fairly straightforward.

But that’s probably not why you are here.  You are here because you want a lawyer to take your case on a contingency – where they take a percentage if they recover money for you.  There are two things lawyers think about with contingency cases.

First, will we win the case, that’s obvious, but ALSO and often more important – will be able to collect any money from the Defendant if we win?  In the personal injury tort world I live in we often have to let a case go because the driver has no insurance.  It sucks, it’s not fair, but the truth is that collecting a judgment against “John Smith” in the 2010 Hyundai Elantra is probably a 1 in a million shot – there’s just no money there.

But what can you do to increase your chances when meeting with the lawyer?  First, be ready to tell the lawyer when she asks you what your damages are.  I often meet with people who haven’t thought that far ahead and can’t answer the damages question – which is literally the “Money” question.

But you have come prepared and you say “Listen silly lawyer, this is not just bumper damage, the accident bent the frame and you can’t see that on the picture.  I took the car to my Cousin Vinnie’s auto repair shop and he gave me this $5,000 estimate for bodywork and to straighten the frame.”

Okay, now we are talking.  The lawyer can make about $1,500, get the client $3,500, and that is a feasible case to take.  But you the potential client, HAVE to think past “will I win” to “How much will I win?” so you can sell that aspect of your case if necessary.

Second, be ready to talk about collectability.  I spoke with a client last year and I went through my talk with them about how a judgment is just a piece of paper and we have to be able to collect on the judgment.   The client had actually thought about that, which I give her props for, and she showed me some Facebook posts by the tortfeasor in which first of all, he looked like a complete jerk and second, he was showing off his Mercedes and bling bling – maybe a guy with some money.

Yes, I ended up suing T-Pain.  Just kidding, T-Pain actually seems like a really nice guy.  It wasn’t him, but the pictures were enough to get me interested in the case and I took it – just don’t ask me how it went – all of the bling bling was fake gold.  And the Mercedes was his Dad’s. (By the way, did you know T-Pain stands for “Tallahassee Pain” because he’s from Tallahassee. And I would never sue someone from Tallahassee, out of pity for them.)

Anyways, back to your case.  That’s the first thing: Be ready to talk about the damages of the case and collectability.  Money.

Second on a lawyer’s mind when meeting with you are “Headaches.”  I’ve been doing this long enough that I can smell a headache client from a mile away.  You do not want to be seen as a headache client.

There is a lawyer help-book I read many years ago that said that a lawyer spends 50% of her time on 10% of her cases because of client problems.  The advice was to review your cases and drop the 10% of cases that take up all your time.  I never did it because … I’m a masochist, but the book made sense.

So, let’s assume you are going to be a headache client.  How do you hide the fact that you are a difficult person and maybe even clinically insane, from your lawyer?

The first thing is, do not tell the lawyer you are crazy!  I have received online inquiries from potential clients where the client says, in writing mind you, that he has mental issues, was Baker acted, is on numerous psychiatric medications, etc.  I felt like Jack Nicholson from the Shining wanted me to represent him.  I feel sorry if you have true mental problems don’t get me wrong – just, there’s no need to lead with that – especially if it doesn’t bear on your case.

The second thing to hide from your lawyer (Am I talking about lying too much?) is that you have run your case by every other lawyer in town and were turned down.  That will get me thinking … if five other lawyers didn’t want your case – what do they know that I don’t?  Maybe  you are just getting better at hiding your craziness during consultations.

Next, and a big mistake I often see: do not use legal jargon when writing or speaking with the lawyer.  A client who is also a wannabe lawyer is destined to be a headache.  Don’t say “The other party committed fraud and told me that car was in good running shape before I bought it.”  Just say “The seller lied to me when he said the car ran well.”  When I see or hear legal words from potential clients my headache-radar goes off.  It’s like being a doctor nowadays – 90% of your headaches come from people diagnosing themselves from an article they read on Facebook.  Leave out the legal jargon and let the Lawyer fill in the blanks.  (Bonus legal question for you: Why didn’t the guy who tells you the car runs good commit fraud? I have $5 for anyone who tells me the answer.)

And finally, do not, I repeat: DO NOT ever talk to a lawyer about how you sued your last lawyer for malpractice, filed a Bar Complaint against a lawyer in the past, or reported a doctor to the Medical Board.  We lawyers take our licenses very seriously – they cost us a lot of time and money and are how we support our families.  Your Bar Complaint puts my family at risk. I will not even consult a potential client who tells me he grieved an attorney in the past.

Show that you are respectful of the lawyer’s time.  Lawyers are always stressed for time.  Do not send me a five page timeline of your work history before you got fired and do not launch into a thirty minute play by play of how your boss harassed you during our first phone call.  This is a warning sign to me that you are going to be that client who keeps me on the phone for an hour for what should be a five minute phone call.

I have clients that call me and …I honestly have to take a deep breath and gird myself because I know they I am about to age a year listening to my client who watches TV all day long and has all the time in the world and will talk my ear off until I can force him off the phone.  And to this client I say again for the hundredth time “Well, great talking to you – I’ll call you back after we get a response.”  And then you just keep going … on and on and on …

So, don’t be that guy because I wish I could go back in time and never pick up that first phone call from him.  Yes,  I am willing to risk a time warp disaster in order to never have taken his case.

Despite what you hear, lawyers have hearts.  Some are small and dark shriveled masses – but they still have them.  Most lawyers want to feel good about what they are doing.

You need to present your case to the lawyer in a way that shows  you are on the right side of the moral fence.  Sometimes lawyers have to sue people or businesses that are…difficult to sue.  One time I had to sue a church; one time the nicest old couple – like this couple was literally Ethel and Norman from On Golden Pond.  But if that is your case, you need to make the lawyer feel good at least in knowing that you are a good person as well and need help.

Don’t go into the consultation thinking that morals don’t matter to us.  It does – a lot.  Paint yourself as the good guy, or at least, the other guy as the bad guy.

So remember, to get a lawyer to take your case: be ready to talk about money, don’t be  a headache client, keep it short and to the point, and paint yourself as the good guy.  This is our secret info– use it only for good.