Can You Sue For a Bad or Misspelled Tattoo? 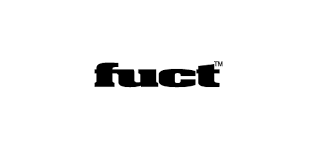 The Lanham Act of 1946 created a national system to Trademark names.  All the great brands you know and love are trademarked – McDonalds, Nike, Amazon are all trademarks and no one else can legally use those names. But, what about trademarking the word “FUCT?”

Can You Trademark A Cuss Word?

“F*ck No” says the Lanham Act – you cannot trademark “Scandalous” or “immoral” names.  That would include, until recently “Fuct.”

This has been a relatively hot issue in the intellectual property world recently, as the law works, a number of decisions leading up to the blockbuster decision.

A couple years ago a clothing company tried to register a brand name with the US Govt – FUCT – standingfor, according to the company – “Friends You Can’t Trust.”

When the FUCT company tried to trademark its brands name, the USPTO said “No, that’s an immoral name and you cannot trademark it.”  So, the FUCT company hired the SH!T law firm – which stands for the “Some Help In Trouble” law firm … ok, just kidding … and they filed a lawsuit challenging the decision.

The lawsuit challenged the decision on the basis of the First Amendment of the constitution which prohibits the government from inhibiting free speech.

The United States Supreme Court, with the majority opinion written by Justice Kagan, admitted that the trademark was vulgar but protected by the First Amendment because, in short, the government provided no reasonable basis in the law for why offensive language should not be allowed to be trademarked.

It was a 6-3 opinion and the minority opinion pointed out that the ruling would allow the registration of a trademark which is a racial slur.

But at the end, the Supreme Court left it open for Congress to re-write the law to more specifically address issues such as racial slurs, it thinks we shouldn’t allow to be trademarked.

A great example of the interplay between the judiciary and legislative branch in the context of an interesting brand.  The case is Iancu v. Brunetti if you are interested in looking it up.