Tips For Negotiating with an Insurance Company Following an Accident 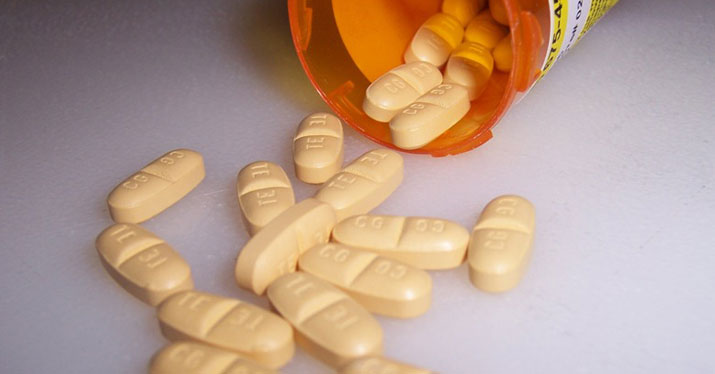 Risperidone is an antipsychotic medication sold under the trade name Risperdal. The drug treats schizophrenia, bipolar disorder, and irritability in people with autism. Risperdal may also cause gynecomastia, the abnormal development of large mammary glands in males. In July, the Johnson & Johnson pharmaceutical corporation was ordered by a jury to pay $70 million to a male Tennessee teenager who charged that Risperdal caused him to grow enlarged breasts.

The jury finding was Johnson & Johnson’s biggest defeat in a long string of cases concerning Risperdal. In arriving at its verdict, the jurors found that Johnson & Johnson failed to warn Risperdal users about the possible risk of gynecomastia. In fact, jurors found that Johnson & Johnson “intentionally falsified, destroyed, or concealed records” that Risperdal could cause males to grow breasts. “This verdict will help thousands of children, and boys and their families be made aware of the dangers of this drug,” the young defendant’s attorney told reporters.

HOW MUCH HAS JOHNSON & JOHNSON HAD TO PAY?

In 2013, for example, Johnson & Johnson paid out over $2.2 billion to resolve criminal and civil charges of marketing the drug for unapproved uses like treating dementia in the elderly and helping children deal with attention deficit disorder, among other unapproved uses. The $2.2 billion included criminal fines and forfeiture totaling $485 million and civil settlements with the federal government and states totaling $1.72 billion.

“They have to be concerned with a jury verdict that large, along with the other losses,” according to University of Richmond law school professor Carl Tobias, who keeps track of lawsuits and legal trends impacting the pharmaceutical industry. “This only gives plaintiffs and their lawyers more encouragement to keep going and file more suits. And it seems there are a fair number of cases out there that they could lose,” Tobias said.

HOW MANY RISPERDAL CASES HAVE GONE TO TRIAL?

To date, Johnson & Johnson has lost four trials in which Risperdal, one the corporation’s best-selling drugs, was blamed for gynecomastia. A fifth case concluded with a split decision. Jurors, in that case, could not decide if Risperdal caused another young man to grow breasts, but they agreed that Johnson & Johnson had failed to provide adequate warnings regarding the potential risk of gynecomastia.

Two more Risperdal-linked lawsuits were scheduled to go to trial in July – one in Pennsylvania and another in California. Juries in a number of states have found Johnson & Johnson guilty of concealing the adverse effects of Risperdal. States that have awarded damages to victims include Texas ($158 million), South Carolina ($327 million), Louisiana ($258 million), and most notably Arkansas ($1.2 billion).

In 2010, the Department of Justice joined a lawsuit accusing Johnson & Johnson of illegally marketing Risperdal through Omnicare, a company that distributes pharmaceuticals to nursing homes. The Justice Department alleged that Johnson & Johnson was warned by the U.S. Food and Drug Administration not to market Risperdal as safe and effective for the elderly, but they did so surreptitiously by paying Omnicare to promote the drug on their behalf.

Johnson & Johnson was also the target of a congressional investigation from 2008 through 2011 regarding payments made to psychiatrists to promote Risperdal and to ghost write positive articles about the product. A bipolar disorder research unit headed by Harvard Medical School professor of psychiatry Joseph Biederman received more than $700,000 from Johnson & Johnson from 2002 to 2005, and in 2011, Harvard Medical School disciplined Biederman for violating the school’s conflict of interest policies.

WHAT RIGHTS DO PHARMACEUTICAL CONSUMERS HAVE?

New pharmaceutical medications are always being made available to consumers. These drugs often save lives, but in other circumstances some of these drugs can cause traumatic side effects, severe injuries, and even death. Every consumer has the right to be fully informed regarding any medication’s proper dosage, side effects, potential interactions with other medicines, and other relevant details.

Every year in Florida, thousands suffer because of prescribed pharmaceuticals that cause severe, long-term injuries. A medication may be hazardous due to a defect in the manufacturing process, because of a failure to test the drug adequately, or because of a failure to provide the appropriate directions and warnings. In 2010, according to the American Medical Association, more than 16,000 people in the United States died from unintentional/non-suicidal pharmaceutical drug overdoses. That’s 16,000 too many.

When big drug companies put profits over consumer safety, consumers have legal recourse. If you’ve been injured by a pharmaceutical drug, you can probably file a product liability claim and obtain complete reimbursement for your ongoing and long-term medical treatment as well as for your pain and suffering. In Florida, an Orlando product liability attorney can review your case, explain your rights, and fight on your behalf for the compensation you need. If you’ve been injured, take action now, because Florida sets strict time limits for filing product liability claims.

In the state of Florida, if you suffer an injury or a serious side effect as the result of taking Risperdal or any other prescription or over-the-counter medication, speak about your situation with an experienced Orlando product liability attorney. You may have grounds for a product liability claim. If you have been injured and if you can prove it, you are entitled to reimbursement for your injuries and for all of your injury-related expenses.

Attorney Thien-Vu Hogan is the founding and managing partner of Hogan & Hogan.