Are You Allowed To Spank Your Kids (Legally)? 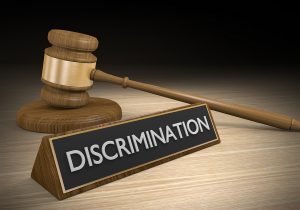 If you are Hispanic, African-American, a woman, your injury or accident case often absolutely settles for less money.  I’m going to tell you why.

In America, the problems in the criminal justice system are relatively well documented.  For example, a recent study found that African Americans are incarcerated at over 5 times the rate of White Americans and they receive longer sentences.  These studies are numerous because conviction and incarceration rates are public information and available to the public and researchers.

But what about the disparity in Civil lawsuits or personal injury claims?  Search for research papers on civil lawsuit outcomes disparities between racial groups and … nothing.  That is because nothing is guarded tighter, held closer by an insurance company than how and for how much money they settle claims for.  It’s the Fort Knox of the insurance world.

My law firm represents mostly minorities – most of our clients are Hispanic, from Haiti, African-American.  I can tell you antecdotally, from my experience handling thousands of cases, that minority claims on average receive lower settlement offers.  I can tell you that – but I cannot prove it statistically.  The information is guarded too tightly by the insurance companies.

Why is this?  Because insurance claims are handled by adjusters and adjusters are people who bring with them all their prejudices and perhaps subliminal baggage from their personal life and upbringing to their job.  There are a certain number of adjusters our there who think that Mr. St. Pierre and Mr. Lopez make less money, are hungry, and therefore will accept a lower settlement offer than Mr. Smith.

However, every once in a while – something verifiable comes to light- something we can see and talk about.

Back in 2010, a Hispanic family moved into an apartment that was illegally painted with lead paint.  Years later, their 4 year old boy was diagnosed with significant brain damage from lead poisoning.  The family sued the apartment and the case went to a jury.  The boys most relevant damages were his loss of future earnings capacity – the difference between what he would have made normally versus what he could make with brain damage which effectively nothing.

The boy’s attorney hired an accountant who testified that $3.4 million dollars was the lost future earning capacity – both of the boys parents had Master’s degrees and he was likely to make a lot of money during his life.

The apartment complex hired an accountant who testified that the boy’s lifetime earnings would be only $1.5 million.  Why only half?  The witness testified, in open court, that because the boy was Hispanic he statistically only had a 7.37 percent chance of obtaining a Master’s degree and therefore he would not make that much money during his life – simply because of his race.

This was in Open Court – on the record.

This evaluation can also be applied by insurance companies to other races and sexes.  Statistically a black female with a bachelor’s degree is expected to make $1.24 million dollars during her life versus a white male’s earnings of $2.28 million.

The boy’s case is just a peak behind the curtain at how case valuations can be affected by race and sex – in a very real sense just by your last name.  It’s something my law firm fights against every day and something we need to expose in both the criminal AND civil context.